This is the time of opportunities. Nehru Science Centre’s lockdown lecture on ‘Space – An Opportunity for India’ has been timed right with the cabinet making historic decisions in the Space sector, giving a green signal to private sector participation, a month ago.

Former Secretary, Department of Space and Chairman, ISRO, Padma Shri A. S. Kiran Kumar curated the session explaingn how India made use of the Space technology under Dr,. Vikram Sarabhai, the capacity building of the sector from the scratch, where India stands today and how we can go ahead. He explained how India can take advantage of the happenings in the space.  ‘It was Dr. Vikram Sarabhai who convinced the government, just after 10 years of independence, that Space Technology can be beneficial for the county.  India which started its space journey with no infrastructure, has built a self-reliant infrastructure today,’ A. S. Kiran Kumar said.

‘It was Dr. Vikram Sarabhai’s vision to use space technology for national development and because of such a visionary that within six years of India launching the first rocket from Indian soil in 1967, we had an equatorial rocket launching at Thumba in Trivandrum’, he added.

Talking about various opportunities the space has to offer, he said, ‘Space economy is a 400 billion dollar market from launch vehicles, satellites, applications & services’. India being one of the key players in technology, now the question is about how we can make use of it in a global economy. Also it is to be remembered that Space is also for common good, wherein countries will continue to work together at international level

‘Like a city faces traffic issues, the space also faces similar issues. More and more satellites in orbit which are both functional and non-functional add to the space traffic issue. Space traffic management is a crucial area that requires attention since the satellites in orbit can come in the way of each other. Thus Space Debris management and monitoring plays a crucial role as many countries are becoming players. Space debris monitoring removal has estimated market revenue of around 2.7 billion dollar in the 2020s,’ he said. 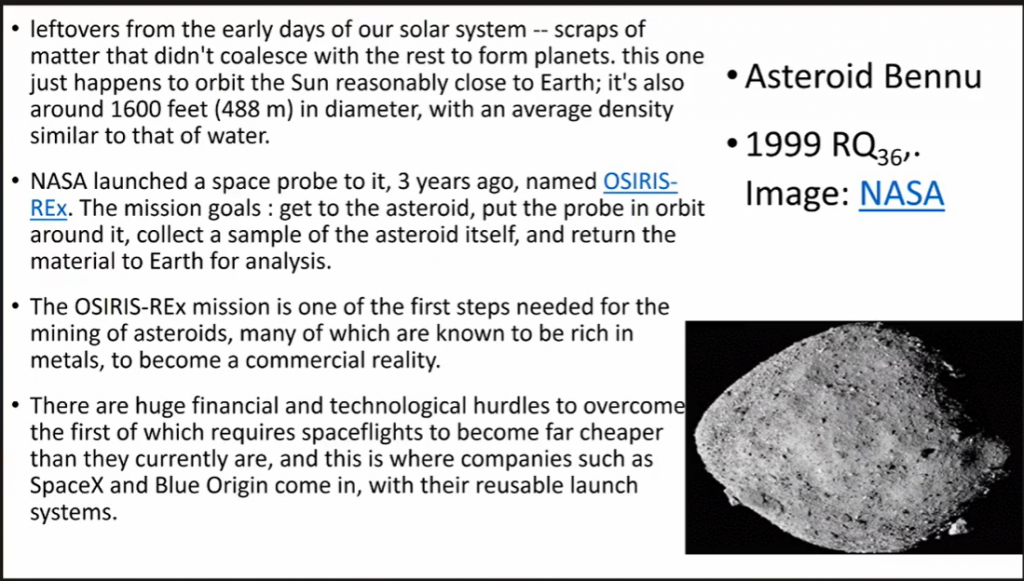 Space mining is another area with tremendous opportunities. There are asteroids which are left over from the early days of our solar system and they have tremendous minerals in them He said there are many countries that are providing licenses to companies for doing this work. The huge amount of space materials when brought to earth can boost our ability for undertaking various activities. ‘Currently there are more than 2 million asteroids that pass closer to earth every year and value of the total asteroid mining related activities have been estimated at 5 trillion dollars’, he said.

Space tourism is another opportunity for further exploration. There are companies selling tickets, ‘Óne Way Ticket To Mars’. This is a booming industry where already many multi-millionarire have travelled to space as tourists.

Farming Solar Power in the Cosmos: The availability of solar energy or the visibility of Sun is not continuous due to earth’s rotation. But in space where the access to sunlight is continuous, the sunlight can be converted into various forms of energy, either by direct beaming or through other means. Thus it enables generation of tremendous amount of renewable energy. 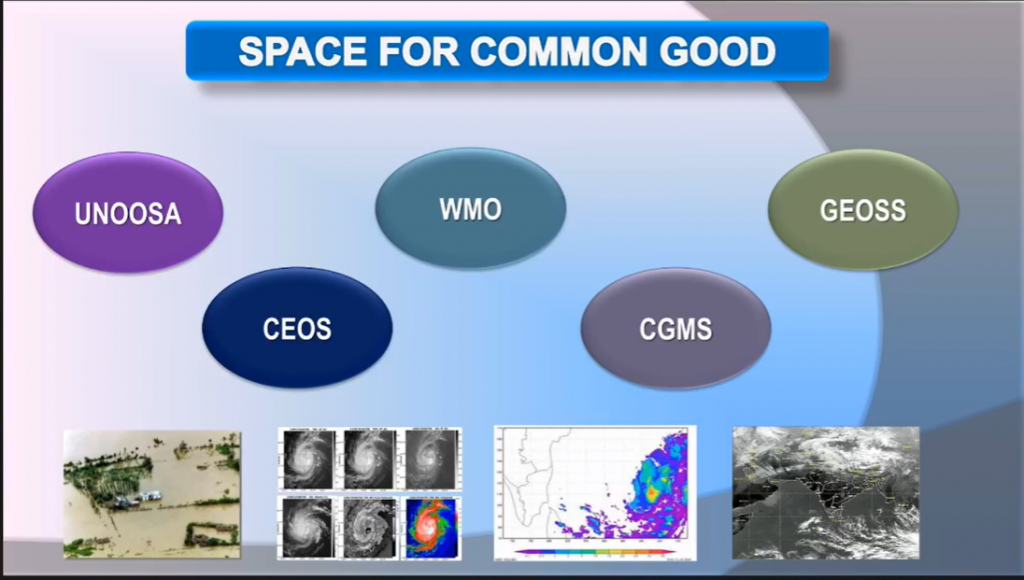 ‘Human beings have been conquering land, ocean and air. Today the question is of conquering the Space,’ he said how every country in the world is exploring this space. ‘Today, more than 40 nations are engaged in full-fledged space activities while more than 100 nations are utilizing space systems and services. We should remember, space technology is not only for national development but also for the benefit of entire humanity,’ he added.

As Prime Minister Narendra Modi earlier mentioned about turning challenges into opportunities and as the whole country striving towards an Aatma Nirbhar Bharat, the fourth frontier – Space being opened for private participation is sure to provide enormous opportunities.

The lecture can be watched at the following links 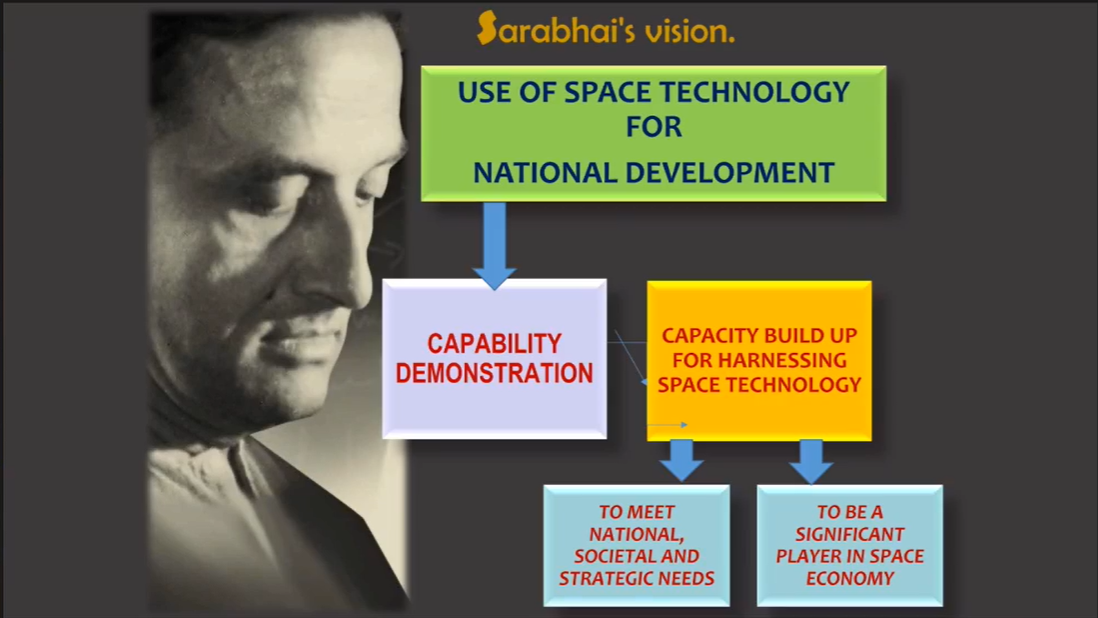 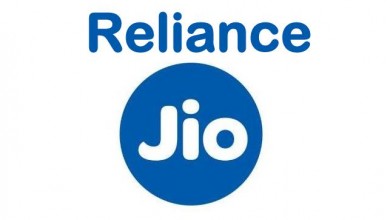