On 7th August, all the Apps shortlisted under AatmaNirbhar Bharat App Innovation Challenge’were presented to people of India through a Webcast that was broadcasted live and at the end of the Webcast, the results of the App Innovation challenge was announced ( list attached at end of release).

Prime Minister Narendra Modi had launched the ‘AatmaNirbhar Bharat App Innovation Challenge’, on the 4th of July 2020, when he shared the following on Twitter:

Today there is immense enthusiasm among the tech & start-up community to create world class Made in India Apps. To facilitate their ideas and products@GoI_MeitY and@AIMtoInnovate are launching the Aatmanirbhar Bharat App Innovation Challenge.

The App Challenge was launched on the Innovate platform of MyGov, the citizen engagement platform of Government of India, and received as many as 6,940 entries from tech entrepreneurs and start-ups across the country, by 26th July, the last date for receipt of entries. The first of its kind, App Innovation challenge sought entries for 9 different categories namely Business, eLearning, Entertainment, Games, Health, News, Office and Work from Home, Others and Social. Atal Innovation Mission, Niti Aayog actively collaborated and supported MyGov in conduct of the Challenge along with Meity Startup Hub and National e Governance Division, under Digital India Corporation of Ministry of Electronics and Information technology.

The entries received were screened by teams and the top entries in each category were shortlisted for evaluation by an eminent Jury comprising of the best of the technical minds and experts from Industry, Startups, Academia and Government.

Over a period of 5 days from July 31st to August 4th, extensive presentations were made by the Jury members who assessed the Apps on the parameters of robustness, scalability, security and ease of use. Interesting and Innovative Apps were received in all categories and the Jury after the presentations identified 24 Apps to be rewarded with prizes. Another 20 Apps were identified for Special Mention which have a great potential in being Apps for the future. Jury also made a mention that there are many other Apps who are at various stages of development and they will also compete with the award winning Apps in the near future. Accordingly, it was suggested to have a policy to have such challenges on a regular basis to constantly update the Leader boards as also to provide institutional support through mentoring and tying up with Incubation centers of Atal Innovation Mission as also other Government institutions to kick-start the App Building Ecosystem in India. India is one of the largest App publishers in the world and the Developer community in India have the potential of making Apps that can be the best in the World. It was interesting to note that many of the Apps developers were women and represented almost the entire country. This challenge has proved that India has the talent base to build Apps for the future.

The following is the list of winners in various categories under‘AatmaNirbhar Bharat App Innovation Challenge’:

The winners will be given the following prize money:

In addition the Jury has recognised the following Apps for Special mention which have potential to be winners in future and accordingly these Apps will be part of the Leader boards in various categories:

For the award winning Apps, MyGov has also launched a Poll on MyGov for citizens to vote for their favorite Apps.

MyGov congratulated all the App Winners, App Special Mentions and all participants in the App Innovation Challenge. 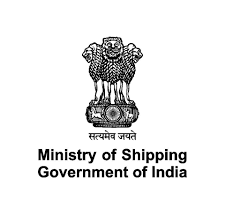 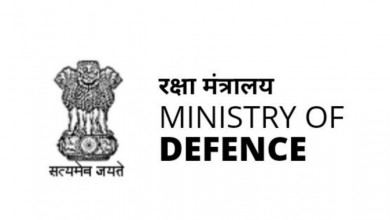 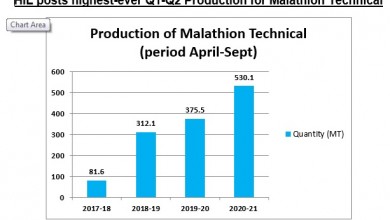 HIL manufactures 530.10 MT of Malathion Technical in first two quarters of the current FY 20-21 with an increase of more than 40 %