Xiaomi Redmi Note 4 goes on sale again on Flipkart today. All the three variants of the Redmi Note 4 are available for buying via Flipkart, including 2GB RAM/32GB, 3GB RAM/32G and 4GB RAM/64GB storage. Apart from Note 4, Redmi 4 is now available on offline stores in India. 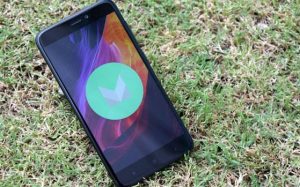 All the three variants of the Redmi 4 is reportedly available in offline store. To recall, Xiaomi Redmi 4 was launched in three variants — 2GB RAM/16GB storage, 3GB RAM/32GB storage variant and 4GB RAM/64GB storage. Where the 2GB RAM costs Rs 6,999, while the 3GB and 4GB RAM variants are priced and available at Rs 8,999 and Rs 10,999.

Redmi Note 4 has become the most shipped smartphone in India in Q1 of 2017, claims IDC. The report highlights that Xiaomi has become the second largest smartphone manufacturer in India with healthy 39.8 per cent sequential growth in Q1 2017 in the past few quarters. It further states, “Two new launches – Redmi Note 4 and Redmi 4A, in the first quarter of the year not only drove the volume growth for Xiaomi but also helped vendor to lead online smartphone shipments with 40.6 per cent share. About 51.4 per cent share of the smartphone shipments in India are occupied by the Chinese smartphone makers in the first quarter of 2017.”

In terms of specifications, Redmi Note 4 runs MIUI 8 based on Android 6.0 Marshmallow, is powered by a Snapdragon 625 SoC, 4100mAh battery and sports a 5.5-inch full-HD display. On the camera front, the Xiaomi Redmi Note 4 sports a 13-megapixel camera on the rear, while features a 5-megapixel sensor as the selfie snapper.

On the other hand, Xiaomi Redmi 4 comes with a 5-inch HD curved glass display, Snapdragon 435 SoC, and runs on MIUI 8 based on Android 6.0.1 Marshmallow. Further, the device sports an all-metal body and features a 13-megapixel rear camera and 5-megapixel front camera with f/2.2 aperture. The smartphone is further backed by a 4100mAh battery.

Reliance Jio booster pack offers additional data; here’s how much you have to pay