U.S. President Donald Trump won support from the betting public with a more measured and articulate performance in his second debate against Joe Biden, who was also facing fresh controversy over alleged foreign business dealings.

Odds on a Trump win improved to 2.6 (or 160) immediately after the debate, meaning betting markets give him a 38.5% chance of being elected, according to prices compiled by crypto sportsbook Cloudbet. That compares to 2.76 (36%) just before the debate. While Biden is still favored, his odds drifted to 1.54 (or -185) from 1.48.

Cloudbet saw thousands of dollars of fresh wagers – amounting to 5% of the book’s total US election exposures – come in for Trump following the event. In the past 7 days, 94% of the value of election-related bets at Cloudbet has been on the current president.

People still remember 2016. At the time, the odds heavily favored Clinton, but Trump defied the odds then and some people think he could do it again.

Cloudbet is tracking the two candidates’ price movements closely as part of its comprehensive politics offering that allows customers to bet on the election winner as well as on state-by-state outcomes. The operator’s politics page features a superbly designed electoral college map integration that gives users an instant opinion on which party is likely to win the election, based on real-time odds presented for each state.

The election map significantly amplifies what’s on offer at Cloudbet for players seeking the best odds for bitcoin politics betting from the comfort of their homes or on the go. Founded in 2013, Cloudbet is one of the world’s longest established bitcoin operators, which relaunched its website in April with bold new features such as esports and credit-card coin purchases to attract a more diverse audience.

The site also accepts ethereum, bitcoin cash, USDT, USDC and Pax Gold, the last of which was launched just last week on Cloudbet. 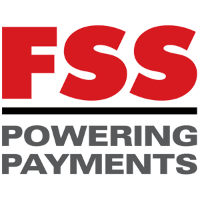 12 hours ago
Check Also
Close
Ads
Recent News
Facebook Twitter WhatsApp Telegram Viber
Back to top button
Close
Translate »
Product Inquiry
×
The information you enter here will be sent directly to the recipient. It is not stored on this sites database. Read more in our Privacy Policy
SEND