(The Center Square) – A proposal to simplify how Louisiana taxes oil and gas has drawn opposition from industry groups who say the changes could hurt natural gas producers.

Louisiana’s severance tax on oil – the amount the state charges on oil extracted in the state – is 12.5 percent. That rate is higher than any other state except Alaska and triple the rate charged for natural gas, though when all taxes on oil are taken into account Louisiana is in the “middle of the pack,” said Greg Upton with the LSU Center for Energy Studies.

Several lawmakers have said they would like to lower the severance tax rate but don’t want to harm state finances by doing so. Upton on Tuesday told a legislative committee that state government could slash oil severance taxes while bringing in about the same amount of money by eliminating tax breaks and equalizing taxation on oil and natural gas.

Under the proposal Upton presented, state tax breaks for drilling certain types of wells would be phased out, including one for horizontal drilling widely used in Louisiana’s highly productive Haynesville Shale natural gas play. Severance taxes for oil would be lowered to 6 percent, while the severance tax rate on natural gas would go up from 4 percent to 6 percent.

Upton also suggests taxing oil by volume rather than value, as is already the case with natural gas, which he said would be simpler for producers and state regulators. He said industry and state government stakeholders told him his proposal, crafted at lawmakers’ request, would make a lot of sense if the state was starting from scratch. But when asking anyone to pay more, which happens in any revenue-neutral tax overhaul, politics can make change difficult.

Upton said he did not believe the horizontal well tax exemption was necessary to spur production in Haynesville.

“Taxes are not the large driver of why people drill in one area relative to another” compared to geology and access to markets, he said. “It’s my opinion that having a more simple, broad-based low-rate system is going to be just fine for having activity into the future.”

Mike Moncla, interim president of the Louisiana Oil and Gas Association, said he didn’t want to hurt the natural gas sector to help oil producers. He said Haynesville is the most productive natural gas play in the nation and is the only shale play in the country to add rigs over the past year, representing a rare bright spot for the state’s energy sector.

Gray said natural gas also has environmental benefits, producing half the carbon emissions of coal when used to generate electricity, which is important to the new federal administration.

“Let’s leave gas where it is,” Gray said. “There’s a true opportunity around natural gas.”

But state Sen. Bret Allain, the Franklin Republican who chairs the Senate’s Revenue and Fiscal Affairs Committee, suggested change is coming one way or another.

“If you don’t like this proposal, come up with one of your own,” he said. 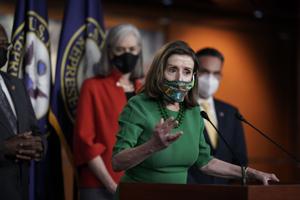 23 hours ago
Check Also
Close
Ads
Recent News
Facebook Twitter WhatsApp Telegram Viber
Back to top button
Close
Translate »
Product Inquiry
×
The information you enter here will be sent directly to the recipient. It is not stored on this sites database. Read more in our Privacy Policy
SEND