♦ Monsoon trough is active and is south of its normal position. Its western end is very likely to shift northwards gradually towards foothills of Himalayas from 8 August, 2020.

♦ Strong southwesterly/westerly monsoonal flow over the Arabian sea with winds speed reaching 50- 60 kmph along & off west coast at lower tropospheric levels very likely to continue to prevail till 8 August, 2020.

♦ Strong surface winds likely to prevail over plains of northwest India during next 24 hours.

Under the above favorable scenario:

♦ A low pressure area is likely to develop over westcentral & adjoining north Bay of Bengal around 9th August, 2020. Under its influence, rainfall activity is very likely to increase over east & central India from 9 August onwards. Fairly widespread to widespread rainfall with isolated heavy to very heavy falls very likely over Odisha, Chhattisgarh, Madhya Pradesh and Vidharbha from 9 to 12 August, 2020. 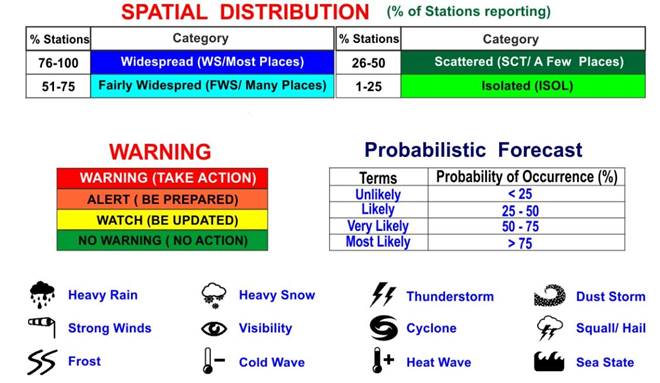 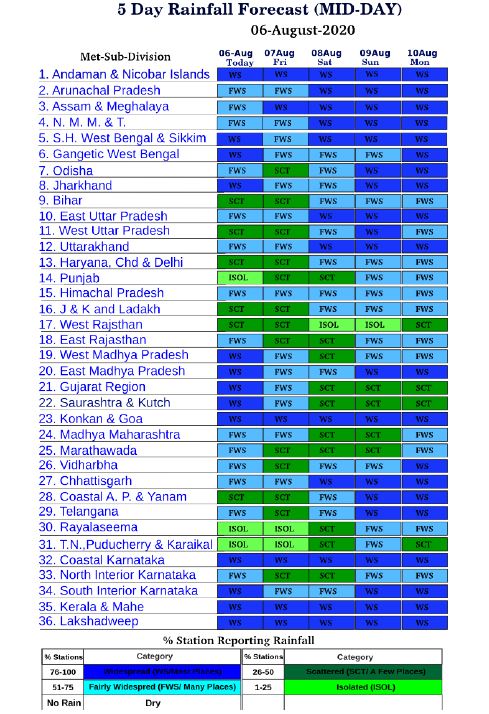 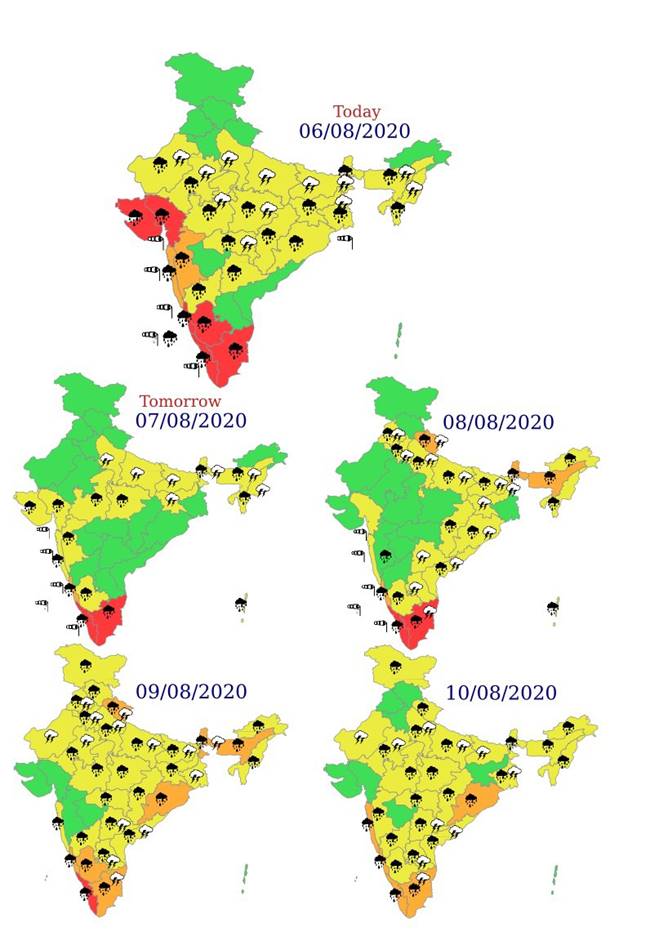 Kindly visit www.rsmcnewdelhi.imd.gov.in  and www.mausam.imd.gov.in  for updates on the system.