The O-RAN ALLIANCE successfully conducted its second worldwide plugfest and proof of concept to demonstrate the functionality as well as the multi-vendor interoperability of O-RAN based network equipment. At four venues across the globe, in total 55 companies came together to deal with the functional, interoperability and performance challenges of the O-RAN ecosystem. Test scenarios have successfully passed, proving the readiness of O-RAN implementations for commercial rollout.

“Testing and integration are crucial for developing a commercially available open RAN ecosystem and that’s why the O-RAN ALLIANCE provides its member companies with an efficient global plugfest framework, which complements the O-RAN specification effort as well as the O-RAN Software Community,” said Andre Fuetsch, Chairman of the O-RAN ALLIANCE and Chief Technology Officer of AT&T. “The joint, open, and coordinated effort greatly accelerates the technical evaluation of O-RAN solutions and effectively avoids duplication of efforts for all involved parties whether network operators or solution providers.”

Naoki Tani, Executive Vice President and Chief Technology Officer of NTT DOCOMO, commented: “We believe widespread availability of O-RAN compliant solutions will enable building highly flexible 5G networks, and are pleased with the expansion and enhancement of multi-vendor RAN activities observed in this 2nd O-RAN plugfest. The Japan venue, co-hosted with KDDI and SoftBank Corp., also saw growing participation and demonstration of new capabilities. We will strengthen such joint activities, including to set up Open Test and Integration Centre in Japan and to coordinate with other regions across the globe, to further accelerate the development of O-RAN multi-vendor ecosystem.”

“It is heartening to note that the O-RAN ALLIANCE continues to build the momentum towards open RAN. The successful plugfest this year is a testimony of a maturing ecosystem. Airtel remains committed to build community of open RAN partners in India, to scale our 4G network initiatives based on O-RAN and getting ready for deployment of 5G networks,” said Randeep Sekhon, CTO, Bharti Airtel. “I would like to compliment O-RAN ALLIANCE, its Test and Integration Focus Group, all hosts and participating companies for putting up excellent demonstrations despite challenges of a global Covid-19 pandemic.”

Deutsche Telekom, TIM, Telefónica, Orange, and BT have teamed up together with the Telecom Infra Project (TIP) to host the first Joint O-RAN & TIP plugfest at the OTIC and TIP community labs in Berlin, Madrid and Torino. The plugfest focused primarily on Open Fronthaul, associated transport options, and multi-vendor interoperability.

“The joint O-RAN and TIP Plugfest demonstrates the power of community to accelerate the readiness of multi-vendor O-RAN compliant network infrastructure. It was the first time that operators across Europe joined forces to welcome ecosystem partners and facilitate the verification, integration and testing of their disaggregated RAN components,” said Alex Choi, COO of the O-RAN ALLIANCE and SVP Technology Strategy & Technology Innovation, Deutsche Telekom. “This coordinated European community effort represents another step towards the realization of a robust ecosystem of multi-vendor O-RAN compliant products.”

The joint O-RAN & O-RAN Software Community (OSC) Plugfest/PoC hosted by AT&T and Verizon took place at the Platforms for Advanced Wireless Research in New York City and in Salt Lake City. The primary focus was to demonstrate the evolution of key O-RAN specifications in conjunction with the enhancements and new capabilities being delivered by the O-RAN Software Community “Bronze” release. 10 companies joined forces at the North American plugfest, including Accelleran, Cisco, Ericsson, highstreet technologies, Kumu Networks, Mavenir, Nokia and VMware.

To provide a more detailed and interactive view on the plugfest, O-RAN ALLIANCE is preparing its Plugfest Virtual Showcase. Open to the general public, the visitors will have a chance to see the O-RAN plugfest environment, the test scenarios as well as the components that were tested. The O-RAN Plugfest Virtual Showcase will soon become part of the www.o-ran.org website. 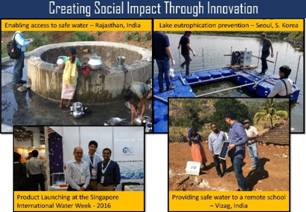 The Future of Food With SIAL Insights And SIAL Innovation 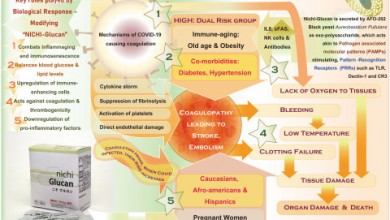