Reliance Jio started beta testing for JioPhone, the first ever 4G feature phone, from today before releasing it in open markets. The first batch of JioPhone has been made available to staff at Jio offices to use and pinpoint the software and hardware kinks in the device. 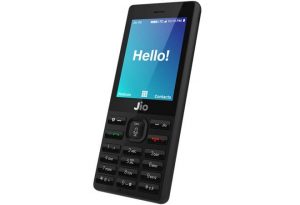 JioPhone units for beta trials are likely to be available exclusively to Reliance Jio employees and their acquaintances, similar to what the telecom disruptor did before launching its 4G telecom services.

Touted as a smartphone for the feature phone users of India, the Reliance JioPhone was revealed by Reliance Industries Chairman Mukesh Ambani during the 40th AGM of the company in July. Bookings for Reliance JioPhone – both online and offline – will officially begin from August 24. The 4G feature phone is likely to be commercially rolled out in September, once the officials at Jio straighten out the problems found while beta testing.
Tags
Jio Phone