(The Center Square) – After a year of indecision and deadlocked votes on whether to enact some form of a gun ban in the Michigan Capitol, Capitol Commission committee officials took roughly 15 minutes to vote unanimously to ban open-carry firearms inside the statehouse.

The rule is effective immediately.

The vote follows five days after a group of President Donald Trump’s supporters broke into the U.S. Capitol, resulting in six deaths, including one woman who succumbed to a gunshot from police; a police officer bludgeoned with a fire extinguisher; and another officer who subsequently committed suicide of another officer over the weekend.

Lawmakers say unrest at the national level fueled the conversation that’s been percolating since April 30 when armed protestors stood in the Senate gallery above lawmakers to protest COVID-19 restrictions but has been slogged in problems of monetary appropriations and picking the right balance between respecting the Second Amendment and protecting the public inside the statehouse.

Rep. Sarah Anthony, D-Lansing, tweeted Monday morning: “During this fight, I’ve warned that it is not a matter of if violence occurs in the People’s House, it’s a matter of when,” she said.

Tension has been mounting for some time now, fueled by our complacency and unwillingness to act.”

Anthony was likely referring to a plot foiled in October to kidnap Gov. Gretchen Whitmer, resulting in more than a dozen arrests.

In a viral Jan. 6 tweet during the U.S. Capitol unrest, Michigan Attorney General Dana Nessel tweeted: “Is now a good time to renew discussions about banning guns at the Michigan Capitol?”

In September, Commission member William Kandler moved to ban the open carry of firearms except for police and those with concealed carry licenses, but that failed in a 3-3 deadlock.

If they banned guns completely, committee members said officials would have to limit entry access points that would cause backups of as long as 1.5 hours for high-traffic events.

Although they don’t have an exact estimate, Kandler has said the equipment to ban all guns would cost at least $500,000 just for a single entrance.

Post-vote, Chair Gary Randall said: “We have gone as far as I think the commission can go with the issue at the present time. Certainly, it’s an issue that can be revisited, but I think we’ve made a significant step toward ensuring the safety of all who come to this Capitol building.”

Speaker of the House-elect Jason Wentworth, R-Clare, said the Capitol Commission “does not have the authority to set policy in the Capitol.”

“The Capitol Commission’s action to ban open carry guns at the Capitol is a good start, but more action is needed,” Whitmer said in a statement. 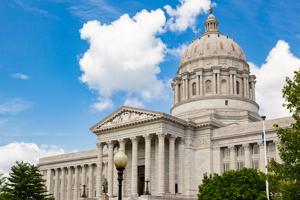 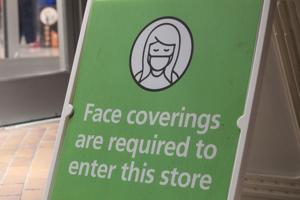 11 hours ago
Check Also
Close
Ads
Recent News
Facebook Twitter WhatsApp Telegram Viber
Back to top button
Close
Translate »
Product Inquiry
×
The information you enter here will be sent directly to the recipient. It is not stored on this sites database. Read more in our Privacy Policy
SEND