Thousands of people gather for the Chicago March for Justice in honor of George Floyd at Chicago’s Union Park Saturday, June 6, 2020, in Chicago. Demonstrators who gathered at Union Park marched through the city’s West Side on Saturday afternoon, as the city prepared for another weekend of rallies.

On May 25, the killing of George Floyd at the hands of Minneapolis police jolted the country into unrest. Political leaders nationwide were abruptly forced to confront longstanding problems plaguing modern policing.

Some states have been moved to action: Colorado Gov. Jared Polis signed a bill eliminating qualified immunity, a judicial doctrine that shields police in civil cases from liability for abuses; the South Carolina Supreme Court barred magistrates from issuing “no-knock warrants,” the practice that led to the wrongful killing of Breonna Taylor in a bungled home raid in Louisville, Kentucky, two months before the Floyd tragedy.

In Illinois, the Statehouse has sat vacant since March for all but three days, while advocates and politicians have seized the moment to boost solutions that run the gamut. Gov. J.B. Pritzker and Chicago Mayor Lori Lightfoot both have entertained the idea of licensure for police officers; advocacy groups promote community policing, diversity and de-escalation training; swarms of activists agitate to “defund the police,” an omnipresent mantra on social media.

But no matter how radical or pragmatic the proposal, there is one thing nearly all reform efforts in Illinois have in common: police unions’ veto power over them.

This is because, oddly, state law in Illinois declares itself subservient to government employee union contracts.

In a recent Illinois Policy Institute report, my colleague Mailee Smith directs readers’ attention to the Illinois Public Labor Relations Act, the section of state law that governs collective bargaining between government employers and employees. The sticking point is in Section 15, which states union contracts are entitled to “supersede any contrary statutes, charters, ordinances, rules or regulations” otherwise established in state law.

If the problem here isn’t already obvious, suppose state lawmakers passed a comprehensive policing reform package tomorrow. To the extent that a police union contract conflicted with the new law, that contract would effectively nullify those reforms, even though they had already cleared a higher level of government. And because Illinois imposes few restrictions on what may be bargained in such negotiations, police unions’ latitude to evade accountability through the bargaining process is virtually limitless.

This isn’t just hypothetical. Take Chicago, where the murder of 17-year-old Laquan McDonald by former police officer Jason Van Dyke in 2014 still flashes in the city’s memory. That case spurred a U.S. Department of Justice investigation into the Chicago Police Department, which found officers frequently used force – “including deadly force” – in ways the federal agency described as “unnecessary,” “unreasonable” and “in violation of the Constitution.” The DOJ attributed this troubling pattern to a “systemic” failure to hold officers accountable, systemic because it has been systematized in the city’s bargaining contract with its police union.

Provisions in the contract make it so difficult to investigate misconduct that nearly half of complaints filed are never pursued. For those that are, standards for discipline are so unreasonably high that officers are seldom penalized. The DOJ examined 30,000 complaints over a five-year period – just 2% of them resulted in discipline.

When investigations are opened, the process outlined in the bargaining contract tilts heavily against the complainant. Officers are furnished with copies of all recorded statements they’ve made in an investigation ahead of interrogations. Union attorneys are often present to “coach” officers during interviews.

More egregiously, the contract affords officers specifically involved in shootings the right to change their official statements upon review of conflicting video evidence, immune from the charge of making a false statement.

The contract also allows for the rejection of most anonymous complaints, pressuring many victims of abuse to forgo moving their claims forward in fear of retribution from accused officers – who are, by the way, entitled to the identity of the complainant in advance under the contract. The DOJ investigation found countless instances in which intimidation tactics thwarted investigators’ ability to examine complaints.

Who else might feel uncomfortable filing police misconduct complaints without the security of anonymity? Police officers themselves. But the contract goes a step farther in enshrining officers’ “code of silence” by explicitly prohibiting departments from rewarding officers who provide information during investigations.

All this and more weaken police accountability, and therefore, enable police abuse.

Chicago and the Illinois attorney general attempted to address some of these issues following the Laquan McDonald case by negotiating a federal consent decree to provide outside oversight of the CPD. The decree included a raft of recommended reforms, but the union contract stands in the way.

A police union contract that protects deviant officers while muzzling those who wish to serve honorably is one set up to fail the public.

Hopeful solutions have entered the conversation in recent months from all corners. And a scrutinized public debate would ideally help parse the good ideas from the bad. But in order for discourse to move policy, state lawmakers in Illinois must first take two steps: 1) remove the provision in the Illinois Public Labor Relations Act that allows police union contracts to override state law; and 2) narrow the scope of terms over which police unions may negotiate to compensation, such as wages and benefits.

In a state that ranks among lowest in government trust, lawmakers have a rare opportunity to meaningfully respond to a sincere contention raised by voters.

In Illinois, that begins by unhandcuffing the fate of policing reform from the state’s unbalanced labor laws. 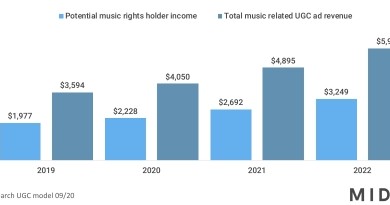 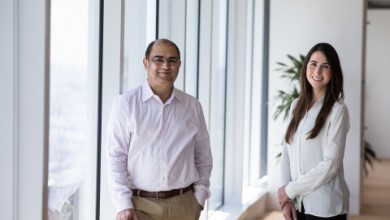