Shri Amitabh Kant, CEO,NITI Aayog and ShriRamesh Chand,Member NITI Aayog inaugurated the“Online Performance Dashboard “Empowering Tribals, Transforming India”developed by the Ministry of Tribal Affairs (MoTA)on 10th August, 2020.  The launch was made during the meeting taken by NITI Aayog to review the progress of CSS / CS Schemes of MoTA in the light of national development agenda, Sustainable Development Goals (SDGs), strategy for New India and other policy initiatives. It may be mentioned that the SDGswere adopted in September,  2015 as a part of the resolution, ‘Transforming our world: the 2030 Agenda for Sustainable Development’. At the Central Government level, NITI Aayog has been assigned the role of overseeing the implementation of 17 SDGs in the country. In the meeting, officers of MoTA led by Shri. Deepak Khandekarmade presentation on various e-Initiatives undertaken by it duringlast one year. 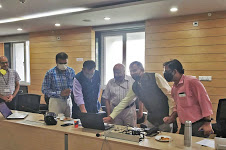 Performance Dashboard is an interactive and dynamic online platform that showcases updated & real-time details of 11 schemes / initiatives of the Ministry for achieving these SDGs. The Dashboard captures performance of 5 Scholarship Schemes of Ministry wherein every year about 30 lakh underprivileged ST beneficiaries reap benefit to the tune of INR 2500 crores. NITI Aayog was briefed that Ministry has recently got 66th SKOCH Gold Award for “Empowerment of Tribals through IT enabled Scholarship Schemes” under the guidance of DBT Mission. While carrying out national evaluation of Centrally Sponsored Schemes focused on social inclusion, as a part of its mandate for NITI Aayog,KPMG has recognized the Direct Benefit Transfer (DBT) Portal of Ministry of Tribal Affairs as a best practice in e-governance which has brought about greater transparency, accountability and radical improvement in service delivery to Scheduled Tribe students. Dynamic Dashboard captures details of tribal students from one State to different States and to different countries.

The Dashboard also displays the details of functional schools under Eklavya Model Residential Schools (EMRS) scheme, schools under construction and district wise details of students in various EMRS schools.  Ministry also provides funds to various NGOs working in area of Education and Health. The Dashboard maps district wise NGO details, funds given to NGO and beneficiaries’ details.  For all schemes and initiatives, information uptoDistrict level in respect of each scheme has been compiled.  In respect of Centrally Sponsored Scheme like Post Matric and Pre Matric Scholarship, the data is shared by States. Ministry of Tribal Affairs also monitors STC (Schedule Tribe Component), wherein 41 Ministries spend a fixed percentage of their budget for welfare and development of Scheduled Tribes. In 2019-20, budget of Rs 51,000 crore was allocated by 41 Ministries in more than 275 schemes.  The performance of all these Ministries can be seen on various parameters in the Dashboard.  The links to various e-initiatives of the Ministry are also given in the Dashboard.  The Dashboard is part of Digital India Initiative to work towards empowering Scheduled Tribes and will bring efficiency and transparency in the system. The joint initiative of the Ministry with Facebook under Going Online as Leaders (GOAL) program and Sickle Cell Support Corner can also be viewed.The Dashboard has been developed by Centre of Excellence of Data Analytics (CEDA), organization under National Informatics Centre (NIC) with domain name (http://dashboard.tribal.gov.in). 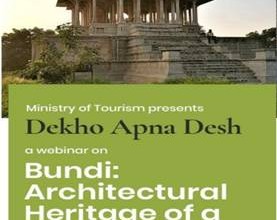 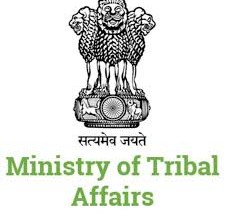 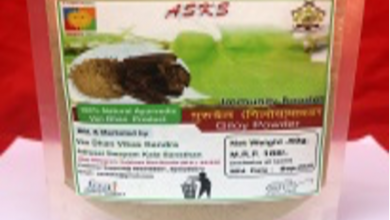