WASHINGTON–(BUSINESS WIRE)–Today, Consumers’ Research launched a new campaign exposing BlackRock CEO Larry Fink for his shameless hypocrisy after his 2022 letter to CEOs pushed back on criticism from Consumers’ Research, but failed to mention his close relationship with the Chinese Communist Party. 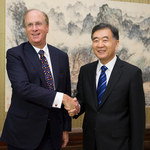 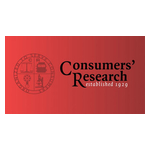 “Larry Fink wanted the world to think he was woke until we called him out for violating his fiduciary duty to America’s pensioners,” said Will Hild, Executive Director of Consumers’ Research. “Now he’s backtracking and claiming he’s just a capitalist. He’s lying again, but his actions speak for themselves. He’s using American investment dollars to cozy up to Chinese communists and woke politicians, betraying the American consumer in the process.”

Last year, Consumers’ Research released a television advertisement and penned a letter to Governors that included a Consumer Warning focused on BlackRock’s use of American investments to fund the Chinese Communist Party. Since the release of the Consumer Warning, several states have taken action to protect their consumers from the shady dealings of BlackRock and Fink.

“Larry Fink expects people to believe he’s saving the planet, but his hypocrisy seems to be catching up to him,” said Hild. “He has been outspoken on a number of woke political issues, but notably silent on China’s human rights record while simultaneously sending American pension dollars to the Chinese Communist Party.”

The website, WhoisLarryFink.com, features several articles outlining some of the most troubling Fink facts.

You can also visit BlackRockLovesChina.com for more information.

Consumers’ Research is an independent educational 501(c)(3) nonprofit organization whose mission is to increase the knowledge and understanding of issues, policies, products, and services of concern to consumers and to promote the freedom to act on that knowledge and understanding. Consumers’ Research believes that the cost, quality, availability, and variety of goods and services used or desired by American consumers — from both the private and public sectors — are improved by greater consumer knowledge and freedom. 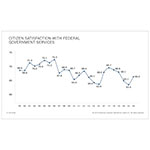 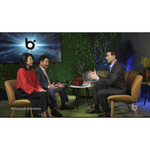 Electronic Offender Monitoring Solutions Market Report 2023: Market in Europe and the Americas to Reach US$ 2.1 Billion by 2026 – ResearchAndMarkets.com