Union Minister of Agriculture & Farmers’ Welfare, Rural Development & Panchayati Raj Shri Narendra Singh Tomar has said that the Government is committed to doubling farmers’ incomes by the year 2022 and has taken several important initiatives in this direction through various schemes and programmes. He was speaking at the inauguration through video conference of the newly constructed guest house of the Indian Agricultural Research Institute (IARI) at Gouria Karma near Barhi in Hazaribagh in Jharkhand, and renaming of its new administrative and academic building after Late Dr. Shyama Prasad Mukherjee on his birth anniversary today. On this occasion, Shri Tomar said that Dr. Shyama Prasad Mukherjee dedicated his life to the unity and integrity of the country, gave the call for one nation-one law and sacrificed his life in Kashmir.

The Union Agriculture & Farmers’ Welfare Minister said that the 16-point action plan announced in the Budget 2020-21 and new legal provisions would help to achieve the target of doubling farmers’ incomes. He stressed on the need to liberalize agricultural markets, make agriculture competitive, providing handholding to agriculture-based activities and adopt stable agricultural practices and maximum new technology. Shri Tomar said that in the Budget 2020-21, Government has provided Rs. 2.83 lakh crores for agricultural activities, irrigation and rural development, which is the highest-ever allocation. Prime Minister Shri Narendra Modi has announced several new schemes under Atma Nirbhar Bharat Abhiyaan, including Rs. 1 lakh crore infrastructure fund for the agriculture sector. Growth packages have also been announced for fisheries, animal husbandry, herbal farming, bee-keeping etc. which will ensure the progress of all categories of farming activities. These initiatives will help to make possible all-round national development along with development of the agriculture and rural sectors.

Emphasizing on bringing about a second green revolution to provide sufficient foodgrains for the growing population of the country, the Minister said that there are unlimited possibilities in Jharkhand and North-Eastern states to bring about such a revolution. Greater attention needs to be given to growth of value addition, start-ups, small industries etc. All possible efforts have to be made to achieve a self-reliant India through greater synergy between the hard work of the farmers and contribution from the scientists. He said that IARI, New Delhi, better known as Pusa Institute has played a leading role in the country’s self-sufficiency in foodgrain production so much so that now the country has surplus production of foodgrains. Due to the presence of Pusa Institute, agricultural production has constantly grown in the neighbouring states like Punjab, Haryana and UP. Based on this, two new agricultural research institutes have been established in Jharkhand and Assam by Prime Minister Shri Narendra Modi.

Shri Tomar said that during the coronavirus crisis, the agriculture sector has emerged as a major strength. When lockdown was announced, the crop was ready for harvesting due to which the Prime Minister gave relaxation for this activity and farmers put in hard work for harvesting, sowing of summer crops and are now engaged in raising the kharif crops. Predictions of a good monsoon have given further hope for a good crop this year.

Professor K Vijay Raghavan:“Regulatory system need to be reformed and the CSR mechanism broadened to leverage it in R&D activities.”

No scarcity of fertilizers across the country during ongoing Kharif season:Shri Gowda 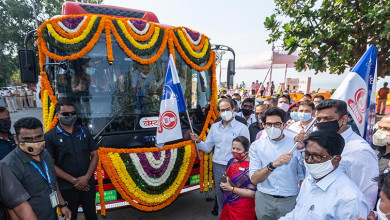 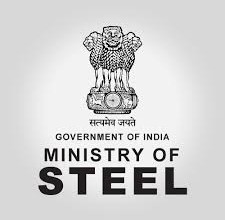 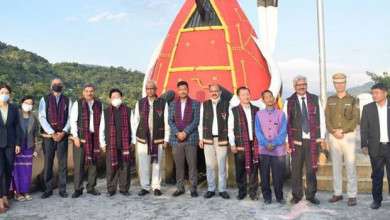 35 mins ago
Check Also
Close
Ads
Recent News
Facebook Twitter WhatsApp Telegram Viber
Back to top button
Close
Translate »
Product Inquiry
×
The information you enter here will be sent directly to the recipient. It is not stored on this sites database. Read more in our Privacy Policy
SEND