Mozilla has released the latest version of its browser – Firefox 42 – which comes with new web security controls, private browsing feature as well as ad-blocking feature built right in. The feature that Mozilla engineers are most excited about is the Private Browsing with Tracking Protection.

Tracking protection basically prevents third parties from tracking your internet surfing habits, thereby preventing them from following your online behaviour. This should in effect prevent large chunks of advertising coming your way.

“With the release of Tracking Protection in Firefox Private Browsing we are leading the industry by giving you control over the data that third parties receive from you online. No other browser’s Private Browsing mode protects you the way Firefox does—not Chrome, not Safari, not Microsoft Edge or Internet Explorer,” said Nick Nguyen from Firefox on the Mozilla Blog.

Private Browsing with tracking protection helps block content such as ads, analytics trackers and social share buttons which may record your online behaviour without your knowledge. Firefox 42 will also have a new Control centre which contains site security and privacy controls in one place on the address bar. Firefox 42 also gives you the option to turn off tracking in case some pages show broken links for blocked content.

According to Mozilla, blocking trackers will also improve webpage loading times. Other features include tabs with indicators if audio is playing within that page, new login manager, scrollable tabs and so on. Firefox will also have visual editing told in the Firefox Developer Edition including Animation tools.

Apple offering buy back schemes on iPhone 6s with up to Rs 34,000 off 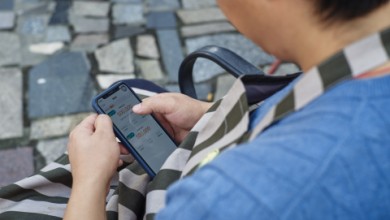