Presented by Mr. Ranjit Sinh Parmar, Secretary-Heritage Tourism Association, Gujarat and Mr. Anil Mulchandani, Author, Travel Writer and Food critic, the webinar showcased the varied tourism products of Gujarat like its beautiful Forts, Palaces, Havelis, and other historical properties that have been converted into heritage hotels or opened as homestays.  The presenters recounted how being on West coast of India with approx. 1600 kms of coastline Gujarat had attracted traders, travellers, migrants and refugees from time immemorial.   The presenters highlighted the tangible and intangible heritage of Gujarat as well as the cache of heritage hotels, homestays, museums, lifestyle event venues and film shooting locations that the State has to offer. Dekho Apna Desh Webinar Series is an effort to showcase India’s rich diversity under Ek Bharat Shreshtha Bharat and it is continuously spreading spirit of Ek Bharat Shreshtha Bharat through virtual platform.

The glorious Gujarat is home to many ancient city ruins, palaces, forts and tomb, which stands proudly bearing testimony to the golden era of dynasties. Since its inception, landscapes of Gujarat are ruled by rulers of many dynasties, invaders and sellers. Gujarat’s past is a part of its current terrains, evidenced by the ancient and historical ruins scattered across the country.

The state encompasses some sites of the ancient Indus Valley Civilisation, such as Lothal, Dholavira and GolaDhoro. Lothal is believed to be one of the world’s first seaports. Gujarat’s coastal cities, chiefly Bharuch and Khambhat, served as ports and trading centres in the Maurya and Gupta empires, and during the succession of royal Saka dynasties from the Western Satraps era.

In the 1600s, the Dutch, French, English and Portuguese all established bases along the western coast of the region. Portugal was the first European power to arrive in Gujarat, and after the Battle of Diu, acquired several enclaves along the Gujarati coast, including Daman and Diu as well as Dadra and Nagar Haveli. These enclaves were administered by Portuguese India under a single union territory for over 450 years, only to be later incorporated into the Republic of India on 19 December 1961 by military conquest.

The webinar gave a virtual view of different aspects of Gujarat starting with the architectural trail in North Gujarat bordering the state of Rajasthan, showcasing the beautiful stepwells, lakes, Harvesting structure, Rani ki vav, Pathan, Kumbariya Jain temple etc.  Raniki Vav is an 11th century stepwell and has been declared a World Heritage site by UNESCO.

With regards to architecture, Gujarat entered a golden phase with the Solanki dynasty during the 11th & 12th century.  The rulers of this dynasty had commissioned imposing forts and palaces at Jhinjwadaand Dadbhoi, having exquisite carved gateways. Also,here are located few of the best Hindu temples of the country like Rudramalaya at Sidhapur, Sun Temple at Modhera, Jain Temples at Palitana, Taranga, Girnar, Mt. Abu and Kumbhhariyaji.  The distinctive feature noticed about this particular period is the development of water retaining structures such as the vavs(stepwells), kunds (stepped tanks) and talaos (lakes). They had been created for tapping the region’s limited water resources. Walking down the steps will lead to view the beautifully crafted stone sculptures upon the walls. It includes Goddess Durga and Vishnu Avatars. Close to the step-well is the Saharasralinga talao, which is an artificial lake that is enclosed by beautifully carved Shiva shrines.

The walled city of Ahmedabad was founded by Sultan Ahmad Shah in 1411 AD on the eastern bank of the Sabarmati River is now UNESCO World heritage site.

Its urban archaeology strengthens its historic significance on the basis of remains from the Pre-Sultanate and Sultanate periods. The architecture of the Sultanate period monuments exhibits a unique fusion of the multicultural character of the historic city. This heritage is associated with the complementary traditions embodied in other religious buildings and the old city’s very rich domestic wooden architecture with its distinctive “havelis” (neighbourhoods), “pols” (gated residential main streets), and khadkis (inner entrances to the pols) as the main constituents. These latter are presented as an expression of community organizational network, since they also constitute an integral component of the urban heritage of Ahmedabad.   An heritage walk was coneptualised in 1980 in Ahmedabad with some attractions like Swaminarayan temple, Dodiya Haveli, Fernandez Bridge, Jama Masjid etc.

Other important archaeological Sites of Gujarat include Lothal, Princely cities, towns, forts, sacred summits of Jainism, Rukmani temple of Dwarka, Mandvi Palace, Palitana, Dholavira, Dwarka Gomati ghats, beautiful shore temple Somnath, the grandeur of Vadodra and East Gujarat with palaces of Raipipla, Santrampur, Lunavade, Devgadh Baria, Chhota Udepur, Jamnbughoda etc which have been converted into hotels where one can experience the royal grandeur of the palaces.  Statue of Unity, Botanical garden, Safari park, Lakshmi Vilas Palace, Champaner are not be missed.  In South Gujarat, one can witness the European heritage.  The Dutch East India Company had trade centers in Surat.  The itinerary can also include the living legacies of Gujarat in the form of parsi heritage, Navsari, Fire temple and diversity of food.

Vibrant Gujarat offers lot of colours to its fairs and festivals with rich cultural traditions, and has traditions of different ethnic and religious communities. The festivals celebrated here include Ganesh Chaturthi, Navaratri and Diwali. The celebration includes theannual kite festival on 14 January. The Embroidery of Rabaris, geometric pattern and the rich textile like Patola and the double Ikat process are not to be missed.

The presenters also suggested different types of holidays for travelers :-

Classical itineraries that can be considered while planning a trip to Gujarat are:-

Summing up the webinar Rupinder Brar, Additional Director General stressed the importance of travelling and experiencing the diverse culture, architecture and  cuisines of  heritage State.

The sessions of webinars are now available on the given links

The sessions of webinars are also available on all social media handles of Ministry of Tourism, Government of India. 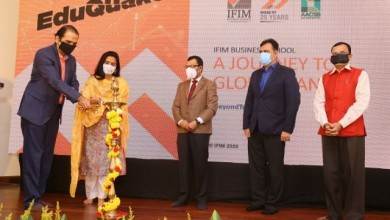 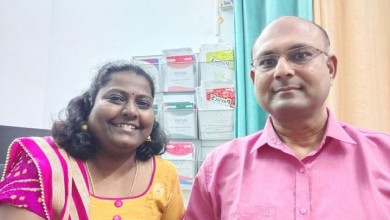 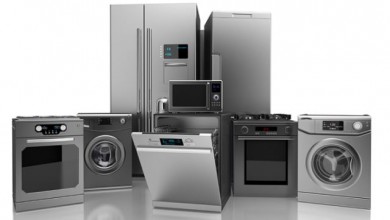