(The Center Square) – During the Maine primary election Sara Gideon, who won the Democratic nomination for U.S. Senate, was seen handing out campaign signs at a polling place and has been accused of violating state election law in the process.

It isn’t Gideon’s only apparent misstep in the campaign to unseat Republican U.S. Sen. Susan Collins. Tom Steyer, a California billionaire who competed in the Democratic presidential primary, has run over the maximum allowable contributions to Gideon’s campaign by nearly $17,000, Politico reported.

Another complaint against Gideon, alleging improper campaign finance practices, was filed in January with the Maine Commission on Governmental Ethics and Election Practices. It stated that Gideon’s Leadership PAC failed to disclose spending on at least half a dozen Facebook ad campaigns that ran right before the 2018 election.

In a separate proceeding last October, the Ethics Commission voted 3-0 to impose a $500 fine against a political action committee once run by Gideon.

In the race against Collins, Gideon has support from the Democratic wing of the Senate as well as outside political groups. The roughly $23 million raised has come from residents of Maine and national Democratic contributors, The New York Times reported. 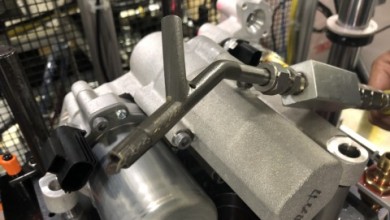