Lenovo took the wraps off the P2 at IFA 2016, and nearly four months later, the smartphone is set to be launched in India. Lenovo India teased the imminent launch on its Twitter account with the caption, ‘Travel fearlessly with the longest lasting battery #LenovoP2 #Powerhouse coming soon’. There is currently however no word on an exact launch date. 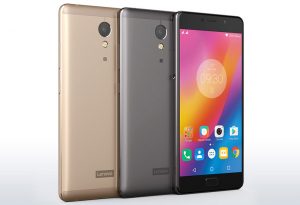 Lenovo P2 specifications
As far as the specifications are concerned, the Lenovo P2 flaunts a 5.5-inch full HD (1080p) Super AMOLED display. Under the hood is Qualcomm’s 625 octa-core chipset, clocked at 2GHz. There are multiple variants of the smartphone available globally — 32GB with 3GB RAM, 32GB with 4GB RAM, and 64GB with 4GB RAM.

For photography, the smartphone is equipped with a 13-megapixel auto-focus snapper with single LED flash. While up front, there is a 5-megapixel fixed-focus selfie snapper. The smartphone also features a microSD card slot to expand onboard storage, fingerprint sensor embedded into the physical button up front, and connectivity options include dual-SIM card (nano) slots, 4G LTE support, Wi-Fi 802.11 b/g/n, Bluetooth 4.1, and GPS. On the software front, the smartphone runs on Android Marshmallow 6.0 out-of-the-box.

Lenovo P2 price
In China, the Lenovo P2 64GB variant with 4GB of RAM is available for RMB 2,499, which is approximately Rs 24,500. In India though, we expect Lenovo to launch the 32GB variants, which should bring the price down to the sub-Rs 20,000 region.

At this price range, it will no doubt compete against the likes of the Asus Zenfone 3 Max (ZC553KL), which too boasts a massive battery. Priced at Rs 17,999, the smartphone features a 5.5-inch 1080p display, Snapdragon 430 processor, 3GB of RAM, 32GB onboard storage, and microSD card slot. It also comes with a 16-megapixel rear camera, 8-megapixel front camera, and a 4,100mAh battery that is rated to deliver 20 hours of talktime, and can survive up to 30 days on standby mode. It also comes with reverse charging support.

How to use UPI-based BHIM app

Reliance Jio booster pack offers additional data; here’s how much you have to pay