(The Center Square) – An emergency rule for businesses to enforce masks and social distancing in Illinois stands after a 12 member panel of lawmakers failed to block an emergency mask rule.

Some wanted the entire 176-member body to take up the issue as a bill.

The Joint Committee on Administrative Rules, or JCAR, does not approve rules but they can block them. After one mask mandate was repealed last year by the governor, the Pritzker administration filed a modified rule, which was allowed to stand. That expired on Jan. 4 but was replaced with a third rule.

The current emergency rule differs slightly from the previous rule, by allowing businesses to provide written notice of enforcement to patrons not wearing a mask, among other changes.

On Tuesday, state Sen. Paul Schimpf, a Republican from Waterloo and a JCAR member, motioned to suspend the rule, saying there’s been ample time for the legislature to pass a law requiring masks if it was necessary.

“And we really need to get back to the system where the legislature makes the laws and the executive branch enforces those,” Schimpf said.

Anne Spillane, the governor’s general counsel, called into the meeting and said they didn’t want the legislature to make anything permanent as the COVID-19 pandemic remains fluid.

“I think that’s correct, and obviously to come back to all of you in 150 days to let you know where we stand and where we think the science stands and have a discussion,” Spillane said.

The motion to suspend didn’t get the eight of twelve required votes Tuesday.

“This is a temporary problem that can be solved with a temporary solution, and this is certainly what these rules have allowed for,” Cunningham said after the meeting. “They’ve allowed for flexibility. We can come back at any time over the next couple of months and adjust them if we need to.”

Schimpf said if the state wants to impose this like seat belt laws, lawmakers have to pass a bill.

“Those are laws. We don’t have seatbelt administrative orders,” Schimpf said. “In saying it was too dangerous and too difficult to convene the General Assembly, that reason is no longer operative.”

State Rep. Andre Thapedi, D-Chicago, voted present, asking why the Pritzker administration didn’t bring a bill to pass into law after already having filed one emergency rule that expired after 150 days.

The emergency rule remains in effect until June, until the governor repeals the rule or JCAR approves any possible future motion to suspend.

Despite canceling all but one day next month, Illinois House ready to get back to work, even remotely 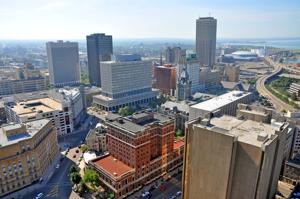