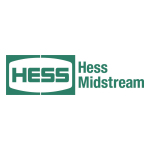 In 2023, Hess Midstream expects to generate Adjusted Free Cash Flow of between $605 million and $645 million and approximately $60 million after funding distributions that are targeted to grow 5% per annum on a distribution per share basis.

Water gathering volumes are expected to average 85 to 95 MBbl of water per day for full year 2023.

Approximately $100 million of the 2023 capital budget is allocated to gas compression, with activities focused on the completion of two new greenfield compressor stations and associated pipeline infrastructure, which are expected to provide, in aggregate, an additional 100 MMcf per day of gas compression capacity when brought online, further enhancing gas capture capability and supporting Hess’ development in the basin. Approximately $110 million is allocated to gathering system well connects to service Hess and third‑party customers and focused optimizations of our existing system.

(2) Gross Adjusted EBITDA Margin and Distributable Cash Flow are non‑GAAP measures. Definitions and reconciliations, as applicable, of these non‑GAAP measures to GAAP reporting measures appear in the following pages of this release.

Full year 2023 guidance is summarized below:

As part of the annual nomination process set forth in our long-term commercial contracts, Hess’ MVCs were reviewed and updated based on Hess’ volume nominations, which are based on Hess’ expectations of its own volumes and third-party throughput volumes contracted through Hess. MVCs are set annually at 80% of Hess’ nomination for the three years following each nomination. Once set, MVCs for each year can only be increased and not reduced.

As part of the process, MVCs for 2025 were set at 80% of nominated volumes, reflecting expected organic throughput volume growth across all systems relative to 2023 volume guidance and providing visibility of expected revenue growth relative to 2023. Hess’ 2025 nomination for gas processing set at year-end 2022 was 429 MMcf of natural gas per day, resulting in the MVC of 343 MMcf of natural gas per day at 80% of the nomination. Throughput volume growth is driven primarily by increasing gas capture resulting from planned investments in regional gas compression projects that are expected to commence service over the next several years.

Supported by approximately 10% expected annualized growth in physical volumes across gas, oil and water systems from 2023 through 2025 implied by the updated MVCs, Hess Midstream expects at least 10% per year Adjusted EBITDA growth in each of 2024 and 2025. Gas processing and gathering is expected to represent approximately 75% of total affiliate revenues in 2024 and 2025, excluding passthrough revenues. Gross Adjusted EBITDA Margin is targeted to be approximately 75% during this period. Hess Midstream does not expect to pay material cash taxes through 2025.

Adjusted Free Cash Flow is expected to grow by greater than 10% on an annualized basis in both 2024 and 2025, more than sufficient to fully fund targeted distribution growth. Hess Midstream expects capital expenditures for 2024 and 2025 to remain stable with 2023 levels and to be primarily focused on planned investments in regional gas compression projects, gathering well connects and system optimizations to support Hess’ continued development in the basin.

Hess Midstream continues to prioritize shareholder returns and a strong balance sheet. Hess Midstream expects to generate excess Adjusted Free Cash Flow beyond targeted distributions through at least 2025. Long-term targeted leverage continues to be 3x Adjusted EBITDA and leverage is expected to decrease to below 2.5x Adjusted EBITDA by the end of 2025. This is expected to provide greater than $1 billion of financial flexibility through 2025 for capital allocation, including potential for incremental shareholder returns beyond targeted distribution growth.

Consistent with its stated Return of Capital to Shareholders framework:

Hess Midstream LP is a fee‑based, growth-oriented midstream company that owns, operates, develops and acquires a diverse set of midstream assets to provide services to Hess and third‑party customers. Hess Midstream owns oil, gas and produced water handling assets that are primarily located in the Bakken and Three Forks Shale plays in the Williston Basin area of North Dakota. More information is available at www.hessmidstream.com.

In addition to our financial information presented in accordance with U.S. generally accepted accounting principles (“GAAP”), management utilizes certain additional non‑GAAP measures to facilitate comparisons of past performance and future periods. “Adjusted EBITDA” presented in this release is defined as reported net income (loss) before net interest expense, income tax expense, depreciation and amortization and our proportional share of depreciation of our equity affiliates, as further adjusted to eliminate the impact of certain items that we do not consider indicative of our ongoing operating performance, such as transaction costs, other income and other non‑cash and non‑recurring items, if applicable. “Distributable Cash Flow” or “DCF” is defined as Adjusted EBITDA less net interest, excluding amortization of deferred financing costs, cash paid for federal and state income taxes and maintenance capital expenditures. DCF does not reflect changes in working capital balances. We define “Adjusted Free Cash Flow” as DCF less expansion capital expenditures and ongoing contributions to equity investments. We define “Gross Adjusted EBITDA Margin” as the ratio of Adjusted EBITDA to total revenues, less passthrough revenues. We believe that investors’ understanding of our performance is enhanced by disclosing these measures as they may assist in assessing our operating performance as compared to other publicly traded companies in the midstream energy industry, without regard to historical cost basis or, in the case of Adjusted EBITDA, financing methods, and assessing the ability of our assets to generate sufficient cash flow to make distributions to our shareholders. These measures are not, and should not be viewed as, a substitute for GAAP net income or cash flow from operating activities and should not be considered in isolation. Reconciliations of Adjusted EBITDA, DCF and Adjusted Free Cash Flow to reported net income (GAAP) are provided below. Hess Midstream is unable to project net cash provided by operating activities with a reasonable degree of accuracy because this metric includes the impact of changes in operating assets and liabilities related to the timing of cash receipts and disbursements that may not relate to the period in which the operating activities occur. Therefore, Hess Midstream is unable to provide projected net cash provided by operating activities, or the related reconciliation of projected Adjusted Free Cash Flow to projected net cash provided by operating activities without unreasonable effort. Hess Midstream is unable to project passthrough revenues with a reasonable degree of accuracy. Therefore, Hess Midstream is unable to provide a reconciliation of Gross Adjusted EBITDA Margin without unreasonable effort.

This press release contains “forward-looking statements” within the meaning of U.S. federal securities laws. Words such as “anticipate,” “estimate,” “expect,” “forecast,” “guidance,” “could,” “may,” “should,” “would,” “believe,” “intend,” “project,” “plan,” “predict,” “will,” “target,” “imply” and similar expressions identify forward-looking statements, which are not historical in nature. Our forward-looking statements may include, without limitation: our future financial and operational results; our business strategy; our industry; our expected revenues; our future profitability; our maintenance or expansion projects; our projected budget and capital expenditures and the impact of such expenditures on our performance; our ability to deliver ongoing return of capital to our shareholders and future economic and market conditions in the oil and gas industry.

Forward-looking statements are based on our current understanding, assessments, estimates and projections of relevant factors and reasonable assumptions about the future. Forward-looking statements are subject to certain known and unknown risks and uncertainties that could cause actual results to differ materially from our historical experience and our current projections or expectations of future results expressed or implied by these forward-looking statements. The following important factors could cause actual results to differ materially from those in our forward-looking statements: the ability of Hess and other parties to satisfy their obligations to us, including Hess’ ability to meet its drilling and development plans on a timely basis or at all, its ability to deliver its nominated volumes to us, and the operation of joint ventures that we may not control; our ability to generate sufficient cash flow to pay current and expected levels of distributions; reductions in the volumes of crude oil, natural gas, natural gas liquids (“NGLs”) and produced water we gather, process, terminal or store; the actual volumes we gather, process, terminal or store for Hess in excess of our MVCs and relative to Hess’ nominations; fluctuations in the prices and demand for crude oil, natural gas and NGLs; changes in global economic conditions and the effects of a global economic downturn or inflation on our business and the business of our suppliers, customers, business partners and lenders; the direct and indirect effects of an epidemic or outbreak of an infectious disease, such as COVID-19 and its variants, on our business and those of our business partners, suppliers and customers, including Hess; our ability to comply with government regulations or make capital expenditures required to maintain compliance, including our ability to obtain or maintain permits necessary for capital projects in a timely manner, if at all, or the revocation or modification of existing permits; our ability to successfully identify, evaluate and timely execute our capital projects, investment opportunities and growth strategies, whether through organic growth or acquisitions; costs or liabilities associated with federal, state and local laws, regulations and governmental actions applicable to our business, including legislation and regulatory initiatives relating to environmental protection and health and safety, such as spills, releases, pipeline integrity and measures to limit greenhouse gas emissions and climate change; our ability to comply with the terms of our credit facility, indebtedness and other financing arrangements, which, if accelerated, we may not be able to repay; reduced demand for our midstream services, including the impact of weather or the availability of the competing third-party midstream gathering, processing and transportation operations; potential disruption or interruption of our business due to catastrophic events, such as accidents, severe weather events, labor disputes, information technology failures, constraints or disruptions and cyber-attacks; any limitations on our ability to access debt or capital markets on terms that we deem acceptable, including as a result of weakness in the oil and gas industry or negative outcomes within commodity and financial markets; liability resulting from litigation; and other factors described in Item 1A—Risk Factors in our Annual Report on Form 10-K and any additional risks described in our other filings with the Securities and Exchange Commission. 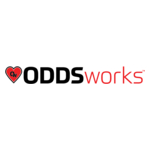 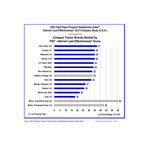 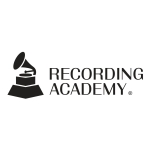 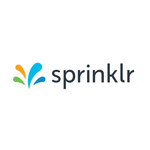