“I don’t know where that number came from. I just felt like four wasn’t enough,” said Woolford, a Baltimore resident. “Six is a good number.”

Woolford, 31, was born with sickle cell disease. The genetic disorder causes blood cells to become misshapen, which makes it harder for blood to carry oxygen and flow throughout the body. This can lead to strokes, organ damage, and frequent bouts of excruciating pain.

Sickle cell disease affects an estimated 100,000 people in the U.S., and the vast majority of them are Black. Federal and charitable dollars dedicated to fighting sickle cell disease pale in comparison to what is spent to combat other, less common diseases that mostly affect white patients.

Physicians and researchers said the disease is a stark example of the health inequities that pervade the U.S. health system. A poignant expression of this, patient advocates said, is the silence around the impact that sickle cell disease has on fertility and the lack of reproductive and sexual health care for the young people living with the complex disease.

Woolford’s sickle cell complications have run the gamut. By the time she was 15, her hip joints had become so damaged that she had to have both hips replaced. She depended on frequent blood transfusions to reduce pain episodes and vascular damage, and her liver was failing.

“So many complications, infections, hospitalizations, and so by the time I graduated high school, I just felt defeated [and] depressed,” said Woolford, speaking from a hospital bed in Baltimore. She had experienced a sickle cell pain crisis a few days earlier and was receiving pain medication and intravenous fluids.

In her late teens, Woolford sought out a bone marrow transplant, a treatment that enables the sickle-shaped cells in the patient’s body to be replaced with healthy cells from a stem cell donor. The procedure comes with risks, and not everyone is eligible. It also relies on finding a compatible donor. But if it works, it can free a person from sickle cell disease forever.

Woolford couldn’t find a perfect match, so she enrolled in a clinical trial in which doctors could use a “half-matched” donor. As part of the bone marrow transplant, patients first receive chemotherapy, which can impair or eliminate fertility. Woolford hesitated. After all, her ideal family included six children.

When she told her doctor about her worry, his response crushed her: “This doctor, he looked at me, and he was like, ‘Well, I’ll be honest, with all the complications you’ve already had from sickle cell, I don’t know why you’re even worried about this process making you infertile because you’re probably already infertile.’”

Even if patients don’t have the transplant, sickle cell disease can damage their bodies in ways that can affect their ability to have children, according to Dr. Leena Nahata, a pediatric endocrinologist at Nationwide Children’s Hospital in Ohio.

For women, chronic inflammation and the sickling of blood cells in the ovaries can make getting pregnant harder. For men, sickled blood can jam inside the blood vessels of the penis, causing painful, unwanted erections that last for hours. This condition, called priapism, can damage sexual function and decrease sperm count.

And it’s not just the disease. Researchers are evaluating how some widely used treatments may affect fertility — for example, by decreasing sperm count.

“It remains unclear how that translates directly to fertility outcomes but at least raises the concern that this may be an issue,” Nahata said. Even more concerning to Nahata were the results of a small study, which she co-authored, that showed some patients were unaware of the many fertility risks related to sickle cell disease.

Woolford said she was 19 and shocked when her doctor told her she was probably already infertile. But no one could be sure, so she held out hope that she might still undergo a procedure to preserve her fertility before having the chemotherapy required for the bone marrow transplant.

From extensive research, she learned that egg freezing could cost more than $10,000 and that her insurance wouldn’t cover it. She couldn’t afford to do it on her own. Woolford wondered whether she could find another way to pay for egg freezing. “So I started looking into financial resources,” she said. “And I saw all these foundations [that] give away grants. But you had to have a diagnosis of cancer.”

In the end, Woolford had the transplant without freezing her eggs. She said she felt that being cured would “be a fair trade-off to give up my dream of biological children.”

Unfortunately, the partial-match transplant did not work. Woolford’s body rejected it.

A grim thought sometimes pops into Woolford’s mind: If she had cancer instead of sickle cell disease, her dreams of having biological children might still come true.

The first description of sickle cell disease in medical literature was published over a century ago. Because most sickle cell patients in the U.S. were Black, it quickly became labeled as a “Black disease.” And with that came a legacy of systemic racism that still affects patients today.

Clear clinical guidelines state that children who have cancer and are going through chemotherapy should be referred for fertility preservation.

It’s not a perfect comparison, she added, because the kinds of chemotherapy drugs used in pediatric cancer are different from the chemotherapies used in sickle cell treatment. But fertility preservation can be crucial when there is any risk of treatment-associated fertility impairment, Pecker said. Without clear and widely adopted clinical guidelines, sickle cell patients may not be referred to appropriate care.

After Woolford’s transplant failed, the disease continued its assault on her body. And Woolford has had to come to terms with the impossibility of ever having a biological child. She launched a nonprofit, the Sickle Cell Reproductive Health Education Directive, to raise awareness of fertility issues at medical conferences and among patients. A future goal is to provide financial grants to sickle cell patients struggling to pay for fertility preservation and treatments.

Most days, Woolford finds the work empowering. On other days, she admitted, it reminds her of the bleak reality that she will probably never conceive a child.

“It’s really hard because I don’t think a lot of people realize that I’m fighting for something that I didn’t have access to,” she said.

At this point, she said, it’s no longer a medical justice fight. It’s a reproductive justice one.

Reporting for this story was supported by the USC Annenberg Center for Health Journalism’s Impact Fund for Reporting on Health Equity and Health Systems. It was produced in partnership with Side Effects Public Media, WFYI, and KHN.

KHN (Kaiser Health News) is a national newsroom that produces in-depth journalism about health issues. Together with Policy Analysis and Polling, KHN is one of the three major operating programs at KFF (Kaiser Family Foundation). KFF is an endowed nonprofit organization providing information on health issues to the nation.

This story can be republished for free (details). 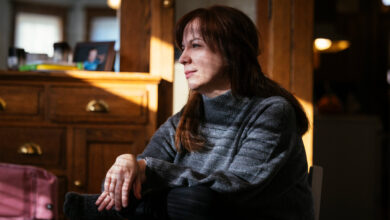 A Baby Spent 36 Days in an In-Network NICU. Why Did the Hospital Next Door Send a Bill? 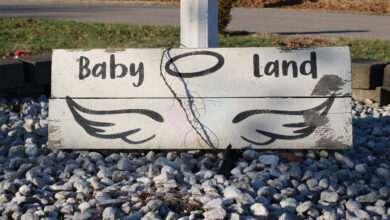 Part II: The State of the Abortion Debate 50 Years After ‘Roe’