Yu addressed the email to Gov. Gretchen Whitmer and Michigan Department of Natural Resources Director Daniel Eichinger in response to the state’s civil suit filed this past November seeking to revoke the easement agreement under which the pipeline has operated since 1953.

If successful, the state would force the closure of Line 5 by May 2021.

Enbridge had received state approval from former Gov. Rick Snyder’s office to build a tunnel 100 feet beneath the lakebed to house the pipelines while operating the current pipelines until tunnel construction is completed.

In a countersuit filed in U.S. District Court against the state in November, Enbridge asserted authority rests with the federal Pipelines and Hazardous Materials Safety Agency.

“Our review shows that the State lacks the authority to terminate or revoke the 1953 Easement,” Yu wrote, noting the termination and revocation are contrary to federal law, and the state’s legal case “fails to specify an existing violation of Easement terms that would justify termination.”

Yu continued: “For these reasons, we intend to operate the Dual Lines until the replacement pipeline under the Straits within the Great Lakes Tunnel is placed into service.”

Yu said Line 5 operates in full compliance with PHMSA regulations, and the state’s suit is based on outdated information. Among the state’s erroneous claims, Yu wrote, is a 2017 report on anchor strikes on the pipeline. Yu said Enbridge had implemented extensive measures in the ensuing two-and-a-half years.

“It appears the Governor and Director may not even be aware of Enbridge’s May 21, 2020, report to the State regarding those measures or of a subsequent safety analysis provided to the State on November 6, 2020,” Yu said.

Citing what he claims is the state’s “flawed approach,” Yu added the “Notice fails to acknowledge that Line 5 enables the safe transport of fuel essential to heat homes and provides energy to Michigan, neighboring U.S. states and Canada’s two largest provinces. It also fails to account for the significant adverse social and economic impacts that will result from closure.”

Charles Owens is the Michigan state director for the National Federation of Independent Business, a member group of The Great Lakes Michigan Jobs Coalition.

“The claims made in Governor Whitmer’s Line 5 shutdown order appear to have been based on outdated or bad information,” Owens said in a statement.

“Line 5 is safe, it’s an absolutely essential part of the state’s energy infrastructure, and there’s already a plan to get it out of the water, making the risk of a spill in the Great Lakes virtually zero. Job makers know how important Line 5 is, and they know what a great solution the Tunnel is, too.” 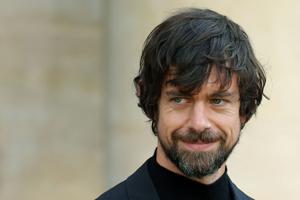 January-to-September state tax revenues in Minnesota were 4.2% below 2019 numbers

January-to-September state tax revenues in Michigan were 11.6% below 2019 numbers

January-to-September state tax revenues in Wisconsin were 8.2% below 2019 numbers