Minister of Science &Technology, Earth Sciences and Health & Family Welfare, Dr Harsh Vardhan has announced that Indian scientists from DBT & CSIR have sequenced more than 1000 SARS-CoV-2 viral genomes making it the largest effort in the country. “This will help in understanding the prevalent strains and the mutation spectrum in India, which will help in diagnostics, drugs and vaccines”, he said.

Expressing his satisfaction, the Minister said, “CSIR has made significant contributions to India’s fight against Covid-19 on various fronts ranging from augmenting testing capacity to developing novel diagnostics and making affordable repurposed drugs available to patients in partnership with industry”. “ Further, CSIR has developed many hospital assistive devices such as ventilators and PPEs for which a shortage was felt early on in the pandemic”, he said and added that “Now CSIR has compiled a compendium which captures the technologies, products and know-how developed for mitigation of Covid-19 pandemic.”

Dr Harsh Vardhan also complimented the role of CSIR in bringing repurposed drugs against Covid-19 to patients at the earliest in partnership with industry such as Cipla for Favipiravir. He emphasized that efforts such as these will benefit Covid19 patients by making the drugs affordable.  “CSIR-IICT has developed a cost-effective synthetic process technology for Active Pharmaceutical Ingredient (API) of Favipiravir using locally available chemicals and transferred the technology to Cipla who scaled up and manufactured the drug based on this technology”, he said.

The Minister also highlighted the contribution of CSIR-NAL whose expertise though is in aviation, rose to the challenge and developed SwasthVayu a non-invasive BiPAP ventilator in a short span of 36 days. Dr Harsh Vardhan exhorted the scientific community to come together and develop new innovations, technologies and products at this time of need as it is only S&T that can deliver us out of this pandemic and also fulfill the aspirations of ‘Aatma Nirbhar Bharat’. He also noted that CSIR has developed Kisan Sabha, a one stop solution to Connect Farmers to Supply Chain & Freight Transportation Management System, has been developed and more than 60,000 downloads have been reported so far. It is available in many regional languages and also connects farmers directly to Mandis.

DG CSIR, Dr Shekhar C Mande said that CSIR has partnered with not only large industries such as TATA Sons, Reliance Industries but also with PSUs such as BHEL and BEL and MSMEs for the deployment of the technologies and products at the earliest. Further, he highlighted that CSIR has developed a Covid-19 Portal that captures these technologies in an easily searchable format for users.

*Please click here for details of the CSIR Compendium. 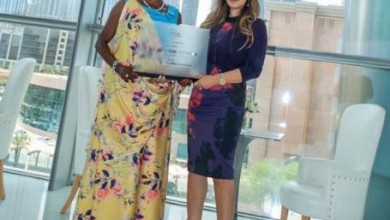