Pactflow is the leading global contract testing collaboration platform removing the stress and pain of testing and deploying distributed systems for over 7,000 developers working in organizations of all sizes, from startups to some of the world’s largest banks, financial institutions and retailers. The platform enables engineering teams to deploy faster with confidence, reduce service outages and decrease costs associated with traditional testing.

Founded in 2019 by DiUS together with Beth Skurrie, Matt Fellows and Ron Holshausen, Pactflow solves the complex challenges of testing microservices and API integrations that companies face while accelerating cloud-native application development and digital initiatives.

Pactflow grew out of the open source software (OSS) contract testing framework, Pact, to develop and test integration points using consumer driven contracts. Pact is now a vibrant OSS with implementations in 10+ languages, a thriving, active community of more than 3,500 members and boasts a user group of 10\’s of thousands of engineers globally.

DiUS’ move to establish Pactflow was a logical extension of its long-standing support of consultants making OSS contributions to Pact and its commitment to the broader OSS community. Further, enabling startups to commercialize new business ideas is an increasing part of DiUS’ long-term strategy to expand its client base and addressable market.

“Pactflow is a great example of our commitment to OSS, the startup ecosystem and to solving complex problems for our customers. We’re looking forward to watching Pactflow grow further within SmartBear, whilst becoming a foundation services partner, helping implement contract testing with Pact and Pactflow to help customers around the globe.” said Joe Losinno, DiUS Co-Founder and CEO.

Becoming a member of the SmartBear family is an investment in the growth of contract testing, the OSS Pact community and Pactflow itself. The Pactflow founders look forward to the benefits associated with the scale of SmartBear’s business including efficiencies, expertise, experiences and a ready-made global workforce that can help them better support the community along with current and future customers.

This is the second startup that DiUS has spun out, following the November 2021 announcement that Imdex purchased a 30% stake in Datarock, a joint venture between DiUS and Solve Geosolutions that provides machine learning solutions to accelerate resource intensive tasks for the mining industry.

The acquisition of Pactflow completes a strategic SmartBear milestone towards creating the next generation API development platform and aligns seamlessly with its key API initiatives (Developers Choice, Open and Universal and Enterprise Ready).

“We are thrilled to add Pactflow and OSS Pact to the SmartBear API Development Platform, providing developers with a critical emerging capability to speed API development and deliver high-quality services,” said Frank Roe, CEO of SmartBear. “As organizations move quickly to digitally transform, SmartBear, with the addition of Pactflow, will drive even greater value to our customers, ensuring we continue to meet organizations wherever they are in their software development and API journey”.

“We could not be more excited to join the SmartBear team”, said Matt Fellows, co-founder of Pactflow. “There is a great synergy with the multi-protocol approach SmartBear has taken with their API tools and Pactflow contract testing, especially where customers are driving for more integrity in their microservices architectures. This, coupled with our joint commitment to open source, positions SmartBear and Pactflow customers well for the future.” 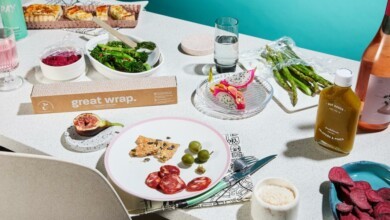 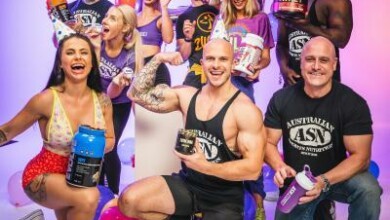 ASN winds back the clock to celebrate their 20th birthday!