(The Center Square) – COVID-19 vaccinations should be available for the general population in Virginia by the summer, despite a rollout that has been slower than hoped for, according to the Virginia Department of Health (VDH).

The state has administered nearly 149,000 vaccine doses and distributed more than 481,000 doses to facilities throughout the commonwealth. The state still expects its original estimate that vaccines would be available for all Virginians by summer has not changed, and Gov. Ralph Northam has taken action to speed up the rate of vaccinations.

The governor is instituting a use-it-or-lose-it model, which requires medical facilities to vaccinate people as soon as the vaccines are available or they will have future vaccine allotments reduced.

Northam also is expanding the priority grouping, which includes K-12 teachers and child care workers receiving the vaccine after Group A receives it. He also is elevating the use of the National Guard and appointing Dr. Danny TK Avula to lead the vaccination effort. Avula is the director of the Richmond city and Henrico County health departments’ effort to coordinate work between state officials, local health departments, hospitals and private providers.

“While we have made good progress, every state in the country is working through the type of initial logistical challenges we would expect for a campaign of this size,” Dr. Laurie Forlano, the deputy commissioner for population health at the VDH, told The Center Square.

“Some challenges we have faced surround data reporting,” Forlano said. “Vaccinators are laser focused on getting shots into arms; it will take some time from the moment a dose is administered to when the record of that shot is entered in our systems. Virginia is working to ensure that we have the most up-to-date data on vaccine distribution and administration on our website. We expect this to improve with time.”

Forlano said another challenge is reaching out to individuals in different groups in the upcoming phases. She said health departments and health care systems are working together to determine and implement plans to ensure the people who need the vaccine the most will have access to it.

The slow rollout has led to criticism of the Northam administration from Republican leaders.

“It’s unfortunate, but we’ve seen the same type of slow rollout and excuse making that we saw for testing,” Senate Minority Leader Todd Gilbert, R-Shenandoah, told The Center Square. “At the Governor’s press conference Wednesday, he made it clear that the fault was anyone but his. That’s not leadership. I appreciate the fact that he’s making an effort to speed things up. But his team has had months to prepare. They should have been ready with a turnkey operation.”

Stephen Haner, a senior fellow for state and local tax policy at the Thomas Jefferson Institute for Public Policy, was disappointed with the rollout, but he hopes the reforms will be successful.

“To date, it has been disappointing, but Governor Northam didn’t dispute that (in his news conference),” Haner told The Center Square. “He has set some aggressive goals for improvement, and we all hope we get there rapidly.”

Despite the criticism the governor has faced, the Virginia Health Care Association said the state’s distribution to long-term care facilities has been on pace.

“It’s really a good story to tell from our end,” Keith Hare, the president of the VHCA, told The Center Square.

All the people who receive the vaccine are required to receive a second dose about three to four weeks after receiving the initial dose, depending on which vaccine the person received. All residents and staff should receive their second doses on time, Hare said. 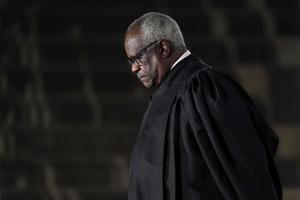 Denied equal opportunity in the marketplace, conservative filmmakers start to fight back 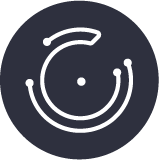 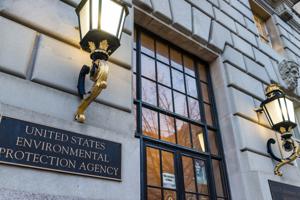 5 hours ago
Check Also
Close
Ads
Recent News
Facebook Twitter WhatsApp Telegram Viber
Back to top button
Close
Translate »
Product Inquiry
×
The information you enter here will be sent directly to the recipient. It is not stored on this sites database. Read more in our Privacy Policy
SEND