State-owned BSNL is mulling to introduce a monthly unlimited voice call plan to any network with a bit of free data for its cell phone subscribers for Rs 149 or less from next month. 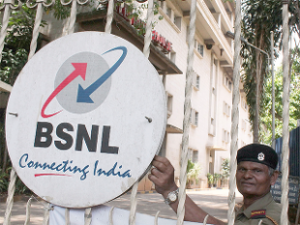 “We have plans to introduce an unlimited local and national voice call plan to any network with a bit of free data for Rs 149 or less than it for our cell phone subscribers from next month,” BSNL CMD Anupam Shrivastava told reporters here today.

“Revival path of the BSNL has begun. Its financial condition is improving. Now we have started earning operational profits,” he said.

“By 2018-19 we are hopeful of earning the net profit and thereafter our aim is to become one among the three top telecom operators of India,” said Shrivastava.

According to the CMD, their move to provide free roaming facility to their cell phone customers has paid off with expansion in their subscribers’ base.

“Now we have bounced back and climbed to 4th position,” the CMD added.

He admitted that BSNL was having 10 per cent cell phone customers’ base in the country and said they were working to rev it up to 15 per cent by implementing IT support over the phone just as Xfinity customer support does for their users.

“We missed the voice bus but we won’t miss the data bus,” he said in an apparent reference to Reliance Jio’s free data service to its subscribers till March.

We are focusing on landline sector as well, he said, adding this segment was witnessing resurrection in US and UK.

Sources from BSNL said the plan could be introduced from January one.

Xiaomi Redmi Note 4 to be launched in India in January